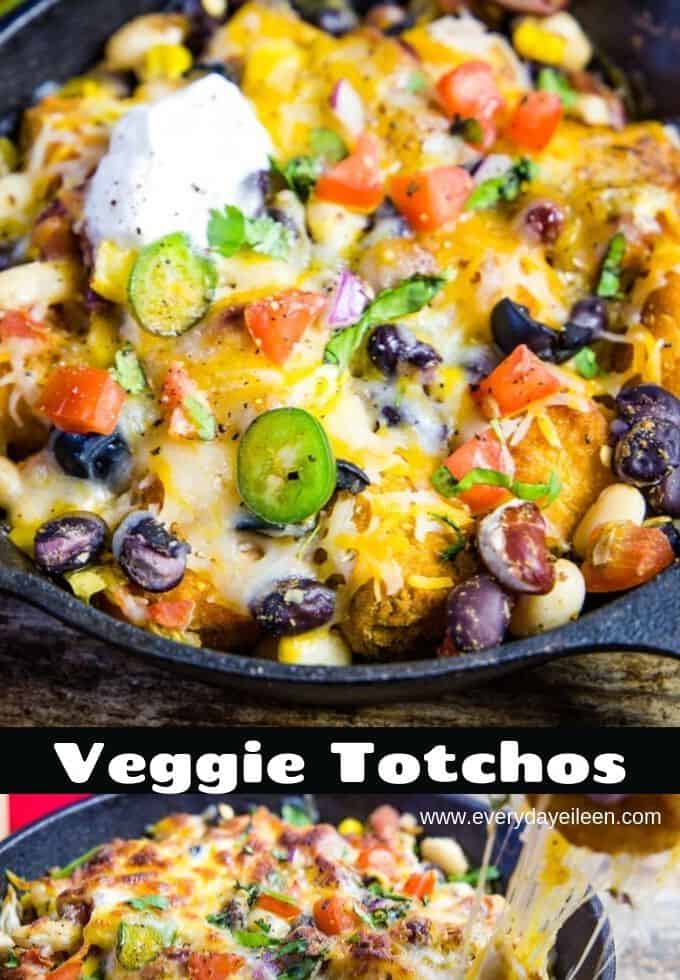 Veggie Tater Totchos are going to make you so very happy. If you don’t know what totchos are, sit back and give me 5 minutes to make your tastebuds happy. This recipe is a delightful twist on nachos. It’s full of veggie tater tots topped with cheesy goodness, beans, pico, guac, and yes a little more cheese!

This shop has been compensated by Collective Bias, Inc. and its advertiser. All opinions are mine alone. #VeggiesWithMcCain #CollectiveBias 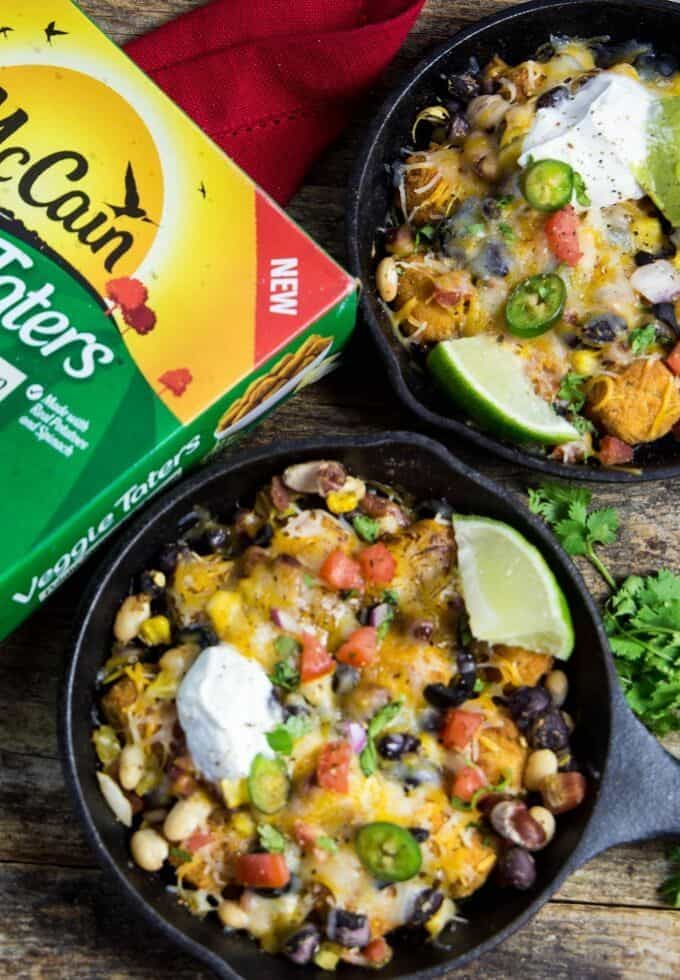 When my kids get home from school they are starving. It’s the point in the day where they pass me by and want to invade the fridge. It’s super important for them to have a well balanced after school snack. My friends, these veggie totchos are their new go-to snack. In fact, my daughter has asked me to make these for dinner too.

McCain® Veggie Taters™ are the base of this delicious totchos recipe. My family goes nuts for these tasty veggie tater treats.  I love that they’re getting a great snack/meal and it takes no time to get this recipe ready.

These totchos are awesome for the after school hunger pains. Today, my boys enjoyed a big batch while watching their favorite college football game.

The versatility of this recipe is just wonderful. As many of you know, the hubs cooking skills are not his strongest asset.

The hubs asked me to show him how to make these for our Sunday football snack too. These veggie totchos are so easy to make, even the hubs is now an expert.

Okay everyone, let’s get to the heart of these amazing totchos. I found McCain® Veggie Taters™in the freezer section of my local Shoprite. Besides the fact that they are yummy.

The taters are a veggie potato combo. McCain® Veggie Taters™ are awesome as a side dish, appetizer, or a snack. The varieties are delicious.

We could not decide which McCain® Veggie Taters™ to start with and we still can’t pick a favorite. Use a combo of all three varieties when making the totchos.

The McCain® Veggie Taters™ have a potato base with the addition of veggies and cheese, which provides the most fabulous flavors.

Everyone wants to provide their family with great meals. When serving these totchos, using McCain® Veggie Taters™, there is peace of mind knowing veggie taters are made with real veggies and no artificial ingredients. 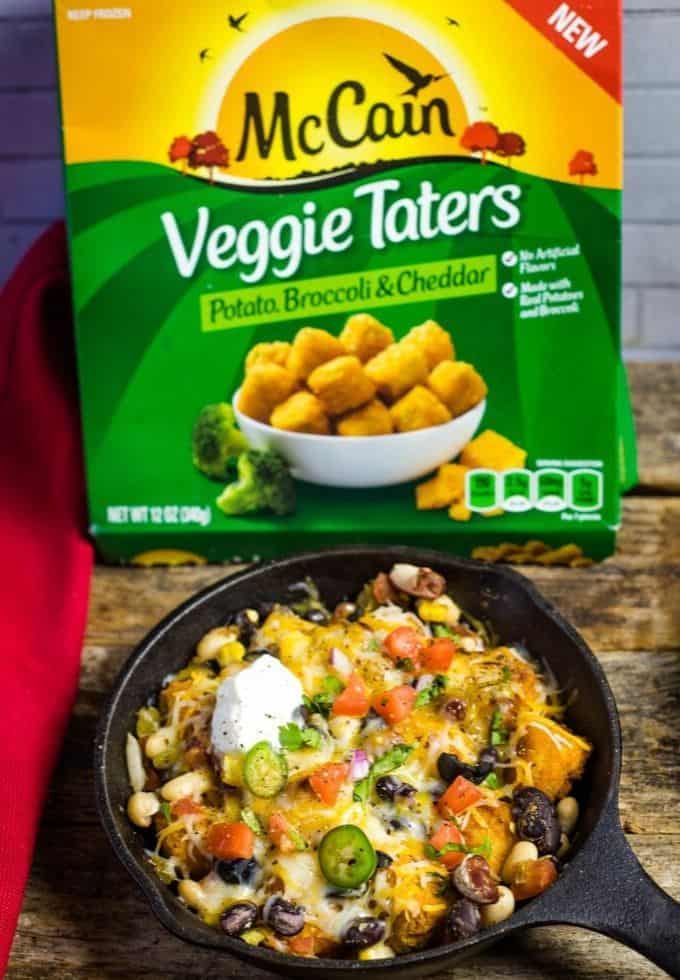 Totchos are a tater tot version of nachos. This recipe goes one step beyond and uses McCain® Veggie Taters™ which adds a great addition of veggies and cheese.

How long does it take to make totchos?

It will take about 20 minutes to enjoy this amazing tater veggie snack.

What toppings I use for these veggie totchos?

What can I make with totchos?

Dry Rub Chicken Wings – the wings are finger foods with a dash of spice and they would pair so well with the cheesy totchos.

Spinach Artichoke Stuffed Mushrooms – a vegetarian treat and they would be great with this recipe.

Crispy Chicken Drumsticks – these oven baked drumsticks would be a great dinner pairing. 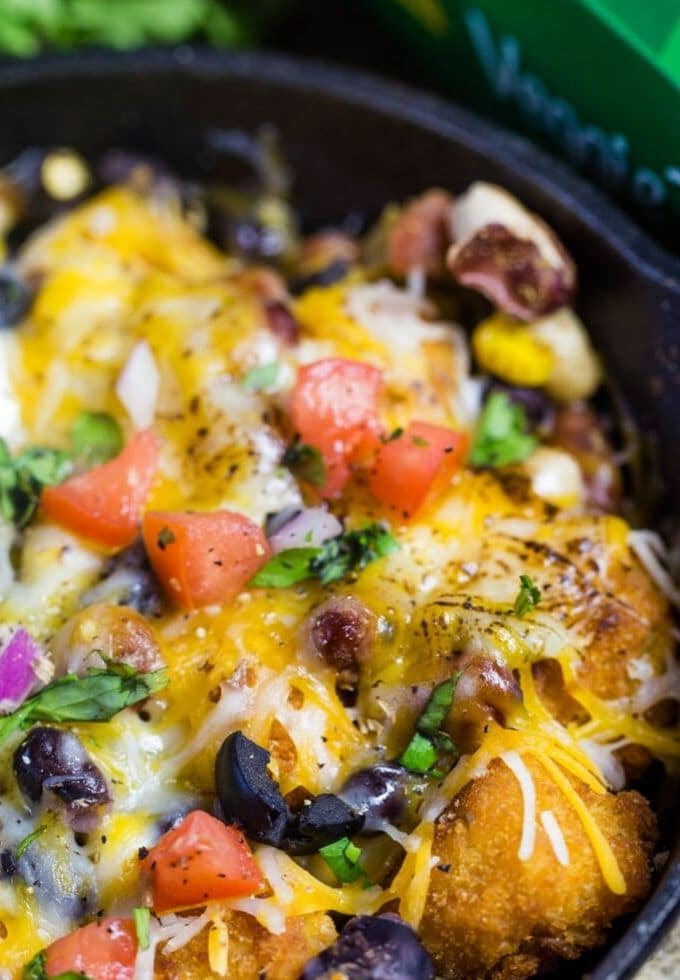 Right now there is a special offer through Checkout51  to save a dollar on  McCain® Veggie Taters™ at your local Wakefern, Shaw’s, and DeMoulas locations!

How to Make Veggie Tater Totchos 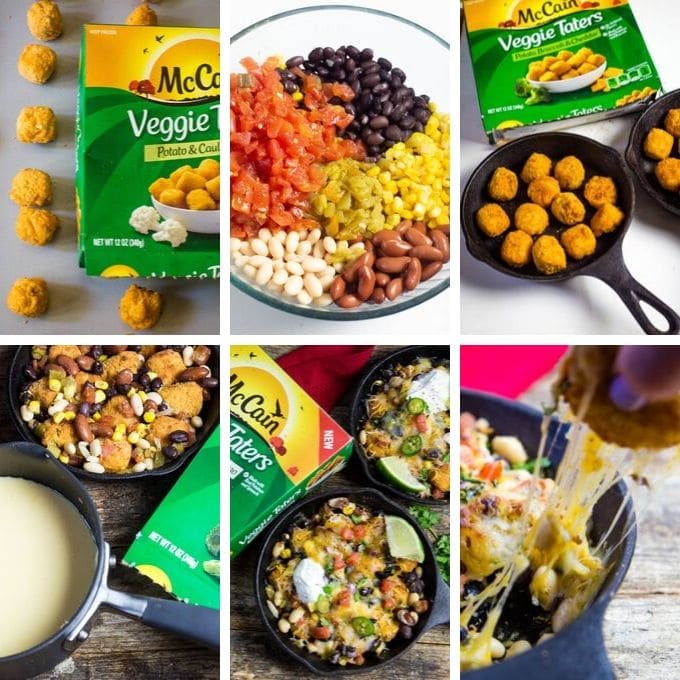 Thank you for always sharing my passion and love for food and family!

Are you loving this recipe, giving it a 5-star rating and any comments are super helpful for me and very much appreciated.

Note 1: Fire roasted tomatoes add a nice flavor. Regular diced tomatoes can be used. Drain excess liquid and discard.  Note 2: This recipe uses veggie tater tots although regular tater tots can be used. Note 2: Drain the liquid from the corn. Frozen corn can be used. Let them defrost a bit for easier reheating. Any nutritional data I provide is an approximation and actual dietary information can vary based on ingredients and proportion sizes.

I'm Eileen, this is where I share all my family tested recipes! Mostly quick and easy recipes with the occasional indulgence we all need. Read More…

Grab a copy of my latest cookbook today! 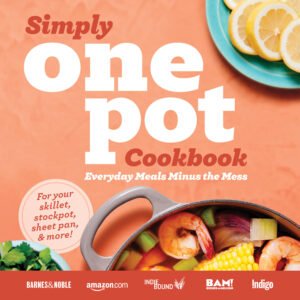 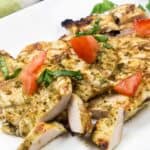 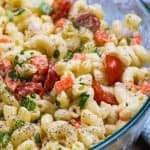 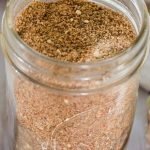 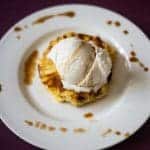 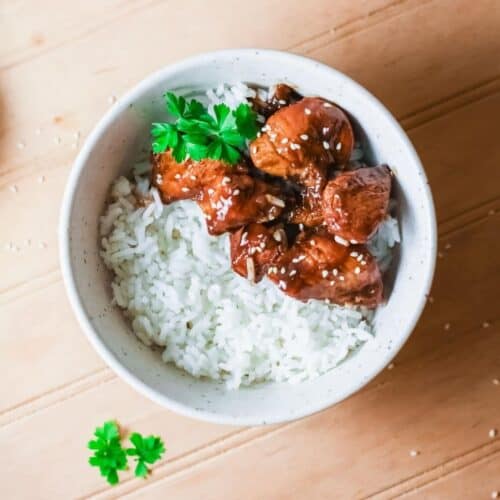 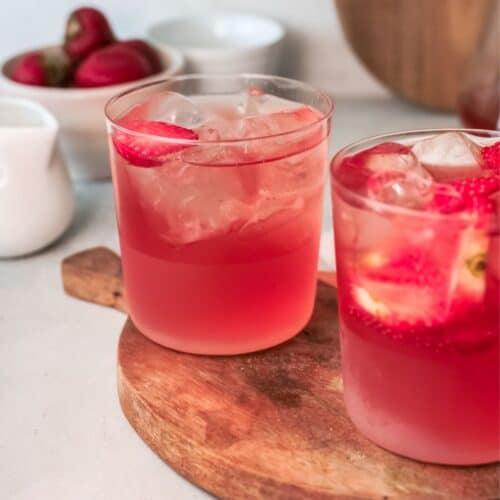 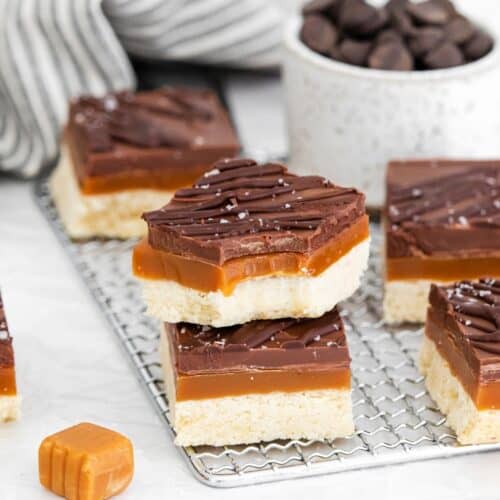 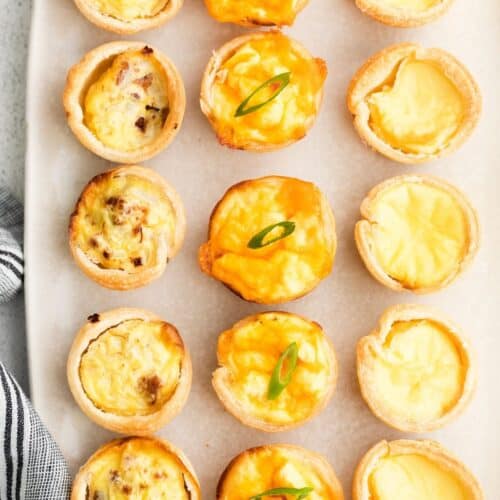 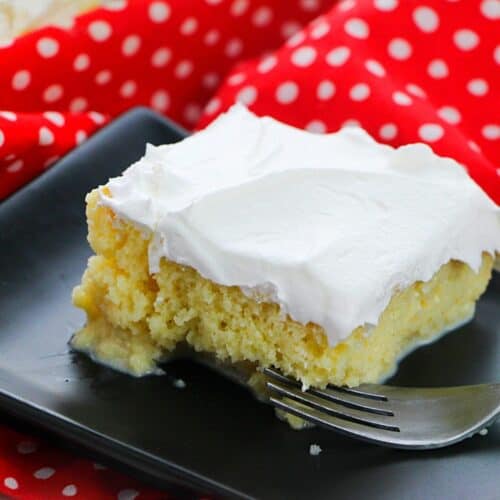 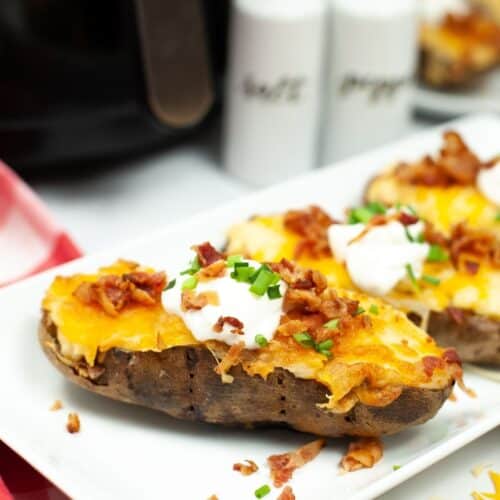 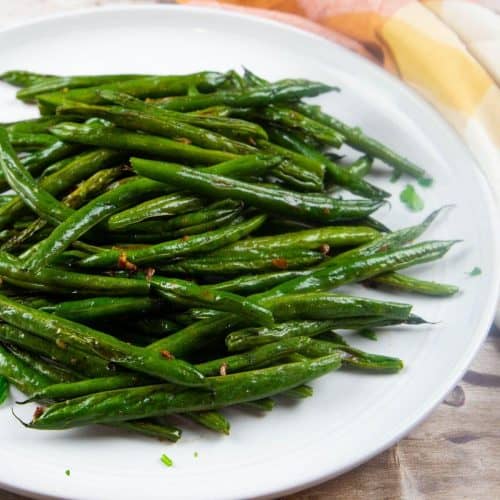 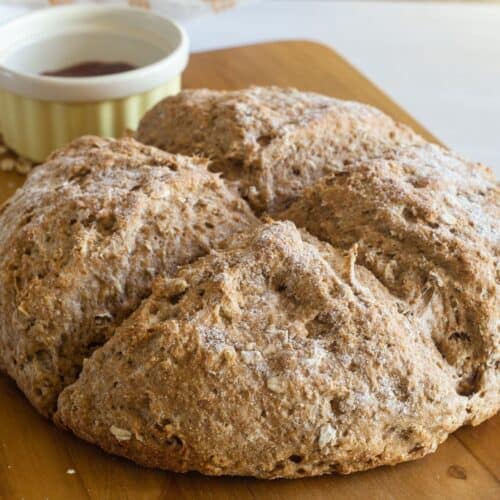 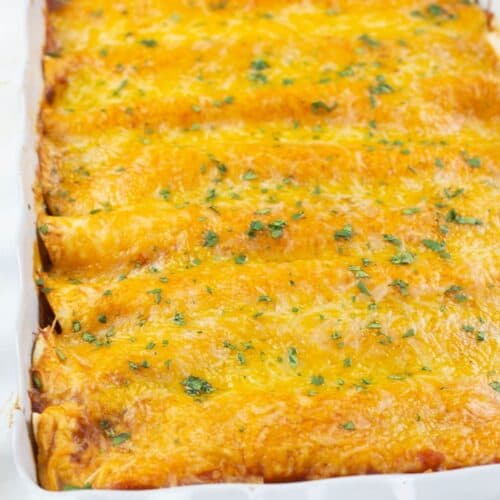 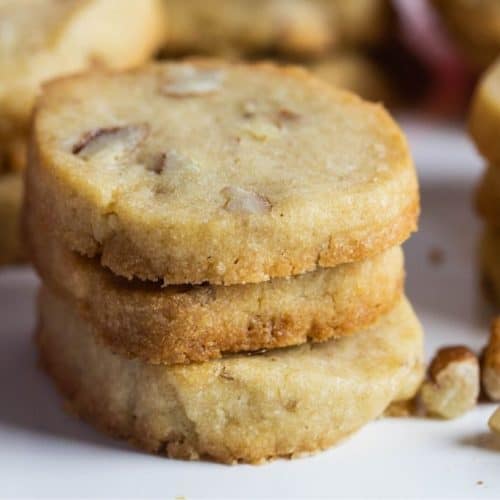 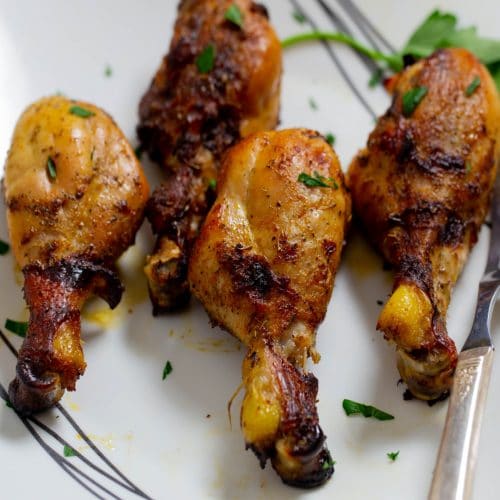 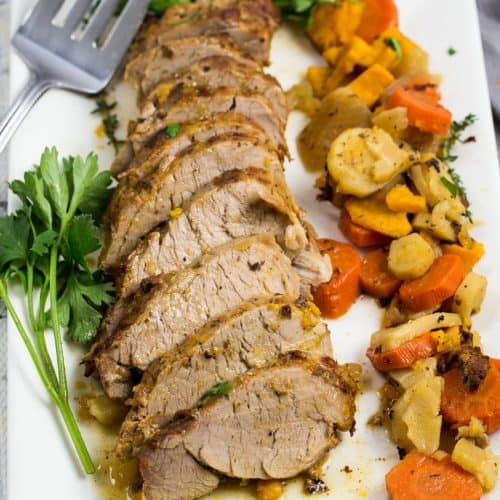 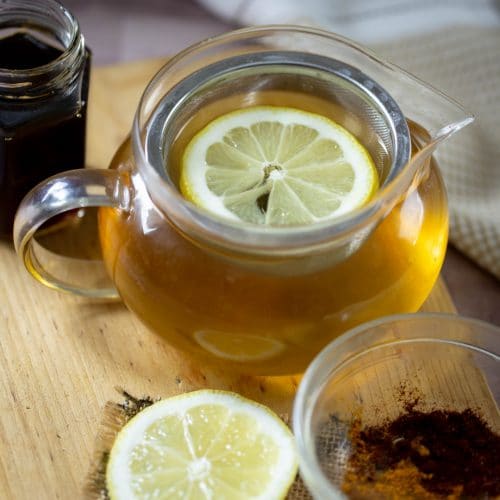 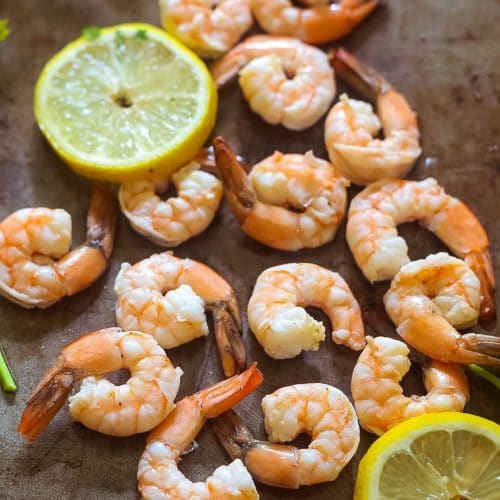