Honey Glazed Ham is one of my favorite recipes! It is not only easy to make but so delicious! Ham is one of those recipes that just makes everyone happy!! Save your money and make your own baked ham. The results are so much better than those store made honey glazed hams

This recipe works for either a smoked ham shank or a pre-cut spiral ham. The brown sugar and honey are delicious together and make the most flavorful glaze. 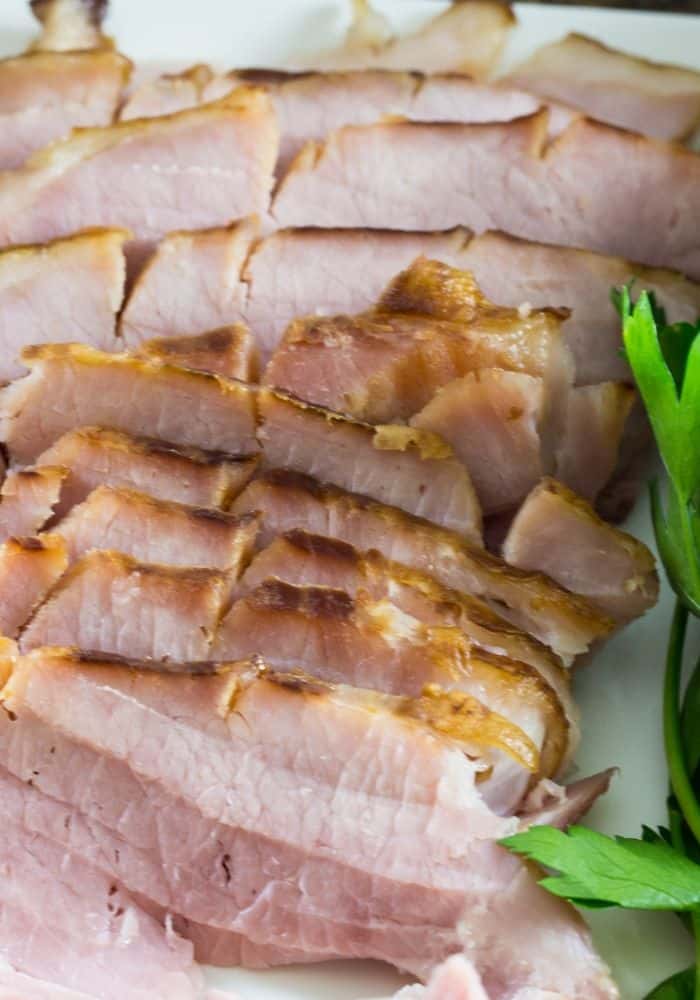 I don't know anyone who likes to waste money on food! So don't start now! The honey glaze for this ham is easy and so affordable to make! Purchase your ham either a shank or spiral! I go back and forth on what is my favorite! When I use unsliced ham it reminds me of my most prized memories spent in the South. I have had some amazing hams down South!

The Spiral ham is awesome as its already sliced and adding my honey glazed ham is my sort of copycat of that store made honey ham except mine tastes better, trust me! The money you save, go get a mani/pedi or play a round of golf with the savings!

I remember the first time I made this recipe. My Mom was having a party and she priced out buying a ready made Spiral Ham! Good lord was it expensive! Flat out said, absolutely not Mom! You could have a spa day with that money! Thus my honey glazed ham recipe developed and we have never looked back!

The glaze is made from brown sugar and honey. Adding beer cuts the sweetness and balances out the flavors. As the glaze cooks down a bit the glaze thickens slightly and you have the perfect topping for your Holiday Ham!

You guys, this ham is moist and flavorful! We love it and enjoy it at Easter and many other times during the year! This is a great recipe for any family gathering! It makes a boatload of ham and even my Mairead loves this ham and she does not eat meat too often! 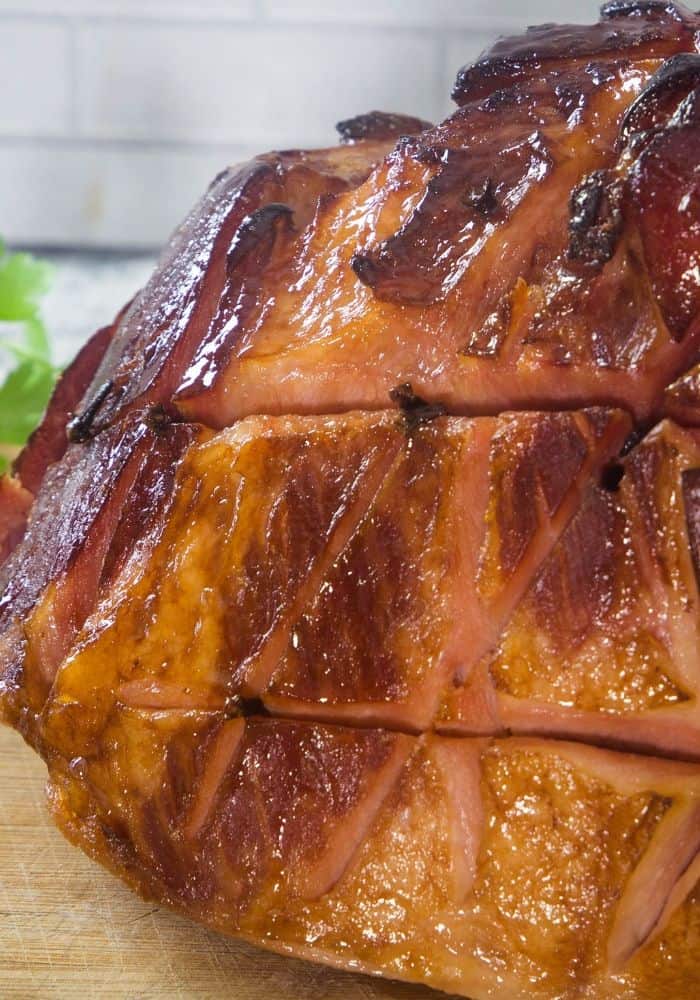 Why do you score the ham before baking?

Scoring the ham enables the glaze to enter further into the ham for added flavor. Scoring gives diamond cuts in the ham, as in the photo above. Lay the ham flat on a work surface and slice on the diagonal about ½ of an inch to make a diamond pattern. See photo under instruction number 2 below.

Why do you keep water in the bottom of the pan while baking the ham?

Even though the ham is wrapped in foil the liquid in the bottom of the pan ensures the ham stays moist.

Can this honey glazed ham be made ahead of time?

Sure! Make this a day ahead and slice up and serve at room temperature!

What can be served with honey glazed ham?

Can the baked ham be frozen?

You bet! A baked ham makes a lot and you can freeze some to use later.

What can you make with the ham leftovers?

The leftovers make a great ham salad! Make some buttermilk biscuits, recipe coming, and swoon! That sandwich is amazing! Split Pea Soup is a favorite of mine too.

For detailed info on cooking and storing Ham I suggest checking out USDA site!

How to Make Honey Glazed Ham

When you make my Honey Baked Ham, please take a pic and tag me on Instagram @everyday_eileen or #everydayeileen

I love any comments or questions, please feel free to leave them below!

Keep up to date with recipes by following me on:

Love this recipe, it would be awesome if you give it a 5-star rating and share comments below! 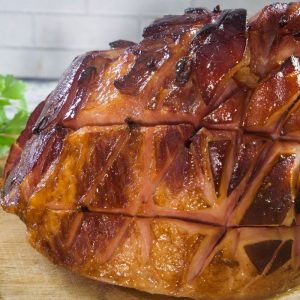 How to Make Ham Glaze

Note 1: Use smoked ham or a spiral ham for this recipe.

Hi, I'm Eileen! This is where I share all my family-tested recipes! Mostly quick and easy recipes with the occasional indulgence we all need.